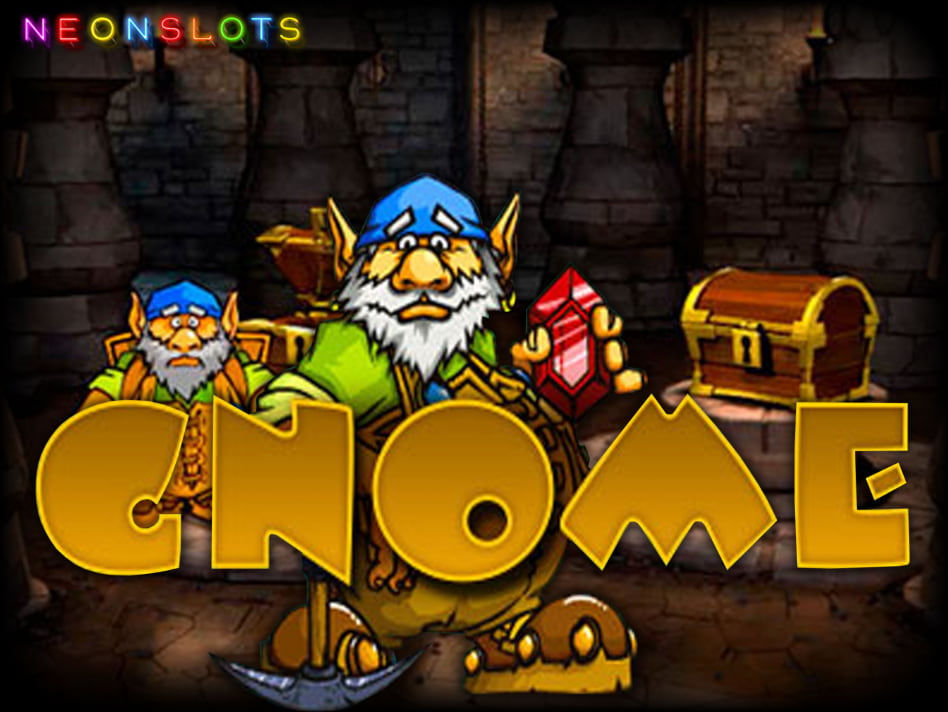 Statistics say that the vast majority of bars in USA have a physical slot machine and the probability also says that, most likely, that slot corresponds to one of these three titles: "The Pearl of the Caribbean", "Vikings" or the slot machine "Gnomes" Today we are going to talk about the latter. A Spanish classic developed by Recreativos Franco and that jumps from bars to have a version for online casinos.

For those who do not know Recreativos Franco, say that this Madrid company, founded in the mid-sixties, dominated, together with its eternal rival CIRSA, the Spanish gaming market during the decades of the 80s, 90s and 2000s. Today it continues to be one of the most important gaming companies in the Spanish market, with specialized areas in gaming and bingo halls and online casinos.

I am a gnome

Legend has it that, in the magical forest, the gnomes hide a large cauldron full of gold, waiting for one of the lucky ones to take it home with different combinations. The slot machine "Gnomes" takes us to this magical forest.

This fantastic theme is translated into the symbology of the game, where we will find characters that represent fruits, colored diamonds, flowers, mushrooms or the symbol of the number seven, which traditionally gives good luck.

The “Gnomes” slot is a three-reel slot with a winning center line that features a second additional game that can be accessed by accumulating bonuses during the game. Throughout the game you will discover that this “Gnomes” slot has eight pay lines and three cauldrons that allow you to increase the number of bonuses and accumulate more winnings.

At the bottom of the screen you have several buttons that will allow you to make spins, advance or hold the symbols on the reels, collect the bonuses or move to the upper game.

The main game of the slot machine "Gnomes" consists of three reels with symbols of fruits, diamonds and two special symbols that will allow you to receive new bonuses or play a minigame where you can accumulate new winnings if you know the tricks of the game. These symbols are those that have a square frame with a black background and the bee on a sheet.

If you combine three square symbols aligned on a black background in the "Gnomes" slot, you access a new minigame: the magic cauldron game. With this game you can earn new profit credits depending on whether you get one, two or three cauldrons, (in the latter case, 43 extra credits would be earned)

If a bee symbol appears in the “Gnomes” slot, this translates into new bonuses. One bonus if one symbol comes out, two bonuses if two and six bonuses if the three symbols of the bee appear aligned.

On the other hand, it is possible that while you are playing the slot machine "Gnomes" you will receive an "extra spin" message which, as the name suggests, is a new free spin courtesy of our friends the Gnomes.

By accumulating enough bonuses playing the slot machine "Gnomes" you will be able to access the superior game. To know if you can access it, you just have to look at the bonus window in the upper right part of the game.

This new game has up to eight pay lines and consists of four new minigames with which to get new and great winnings: the one with strawberries, (where each strawberry hides a prize), the one that asks you to press a button to get new bonuses , (until the word “stop” appears), the treasure, (where you have to uncover some reels and look for the highest figure) or the prizes, (where they offer you a prize and you can collect it or risk choosing another which can be lower or higher)

The “Gnomos” slot machine is a classic slot from Recreativos Franco in its version for online casinos aimed at Spanish and Latin American audiences. It consists of a very well-known interface for the Spanish user and it has a demo mode to become familiar with the game mechanics. You can find it in the best online casinos licensed to operate in the Spanish market.